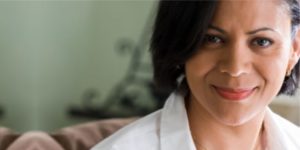 Normally, urine is sterile (free from micro-organisms). This means that it is free of bacteria, viruses, and fungi but does contain fluids, salts, and waste products. An infection occurs when tiny organisms, usually bacteria from the digestive tract, travel to the opening of the urethra (bladder outlet) and begin to grow in large numbers. The urethra is the tube that carries urine from the bladder to outside the body. Most infections arise from one type of bacteria, Escherichia coli (E. coli), which normally lives in the colon. Other bacteria such as Klebsiella, Enterococcus, Pseudomnas are less frequent.

In many cases, bacteria first travels to the urethra. When bacteria multiply, an infection can occur. An infection limited to the urethra is called urethritis. If bacteria move to the bladder and multiply, a bladder infection, called cystitis, results. If the infection is not treated promptly, bacteria may then travel farther up the ureters to multiply and infect the kidneys. A kidney infection is called pyelonephritis. A kidney infection (pyelonephritis), is typically more serious than a bladder infection (cystitis). Pyelonephritis is often associated with fever, back pain and nausea which may require hospitalization. Pyelonephritis can result in damage and scarring of the kidneys over time.

The urinary system is structured in a way that helps ward off infection. By far, women are more frequently affected by UTIs. In men, the prostate gland produces secretions that slow bacterial growth. In both sexes, immune defenses also prevent infection. But despite these safeguards, infections can still occur. Pyelonephritis is uncommon because the ureters and bladder normally prevent urine from backing up toward the kidneys and the flow of urine from the bladder helps wash bacteria out of the body. Maintaining adequate hydration may help patients prone to UTIs.

Some people are more prone to getting a UTI than others. Any abnormality of the urinary tract that obstructs the flow of urine (a kidney stone, for example) sets the stage for an infection. In men, an enlarged prostate gland also can slow the flow of urine and impede prober bladder emptying, thus raising the risk of infection.

A common source of infection is indwelling catheters, or tubes, placed in the urethra and bladder. A person who cannot void or who is unconscious or critically ill often needs a catheter that stays in place for a long time. Some people, especially the elderly or those with nervous system disorders who lose bladder control, may need a catheter for life. Bacteria on the catheter can infect the bladder, so hospital staff take special care to keep the catheter clean and remove it as soon as possible.

UTIs may occur in infants, both boys and girls, who are born with abnormalities of the urinary tract, which sometimes need to be corrected with surgery. UTIs are rarer in boys and young men. In adult women, though, the rate of UTIs gradually increases with age. Scientists are not sure why women have more urinary infections than men. One factor may be that a woman’s urethra is short, allowing bacteria quick access to the bladder. Also, a woman’s urethral opening is near sources of bacteria from the anus and vagina. For many women, sexual intercourse seems to trigger an infection, although the reasons for this linkage are unclear.

According to several studies, women who use a diaphragm are more likely to develop a UTI than women who use other forms of birth control. Recently, researchers found that women whose partners use a condom with spermicidal foam also tend to have growth of E. coli bacteria in the vagina.

Many women suffer from frequent UTIs. According to some studies, nearly 20 percent of women who have a UTI will have another, and 30 percent of those will have yet another. Of the last group, 80 percent will have recurrences.

In my opinion, women with recurrent infections should be evaluated. At a minimum, a renal ultrasound and a cystourethroscopy should be performed. This allows evaluation of the upper and lower urinary tract anatomy for possible treatable causes.

Usually, the latest infection stems from a strain or type of bacteria that is different from the infection before it, indicating a separate infection. Even when several UTIs in a row are due to E. coli, slight differences in the bacteria indicate distinct infections.

Research funded by the National Institutes of Health (NIH) suggests that one factor behind recurrent UTIs may be the ability of bacteria to attach to cells lining the urinary tract. A recent NIH-funded study found that bacteria formed a protective film on the inner wall of the bladder in mice. If a similar process can be demonstrated in humans, the discovery may eventually lead to new treatments to prevent recurrent UTIs. Another line of research has indicated that women who are genetically “non-secretors” of certain blood group antigens may be more prone to recurrent UTIs because the cells lining the vagina and urethra may allow bacteria to attach (dock) more easily. Further research will show whether this association is sound and proves useful in identifying women at high risk for UTIs. Probiotics and vaccines are also being investigated.